Hello again and sorry for the recent lack of posts.  I've been busy with school, making for little time to dedicate to blogging leisure.

Among my school projects of late was a coding project on Spinoza: I wrote, in Python, all the data and functions necessary to create a searchable database for the Ethics listing, for each element (axiom, proposition, scholium, etc.) in the work, its name, position, logical ancestors and descendants, and the numbers of the same.  Since I assume some of my readers might be interested in such a database, I'm posting a link to my work here.  Feel free to emend, alter, display, or otherwise use the information as you please, so long as you give some attribution.

I attend Shimer College, and a few of my school-related friends are St. John's grads, so I've grown accustomed to friends opining on how one section of the great Books canon bears upon another section.  One popular such connexion is between Nikolai Ivanovich Lobachevsky and Immanuel Kant, and it goes thusly:

When Kant wrote the Transcendental Aesthetic, he was unfortunately constrained by an insufficient understanding of geometry: he suffered under the delusion that Euclidean geometry was the only possible variety, whereas Lobachevsky has demonstrated that we can just as easily have geometries that do not satisfy the Euclidean postulates.  Inasmuch, consequently, as the thesis that the One True Geometry must be Euclidean is fairly crucial to the Aesthetic, and the Aesthetic crucial to the rest of Kant's transcendental philosophy, the falsity of the first item renders the final pretty suspicious.

I wonder, however, how much Lobachevsky's discovery really speaks against Kant's doctrine in the Aesthetic.  My chief difficulties with the argument are two.

Firstly, Kant regards the chief consequence of the Aesthetic for the theorems of Euclidean geometry to be that the former establishes a synthetic basis for the validity of the latter.  Lobachevsky's insight, conversely, is more or less (unless I am profoundly misunderstanding him, which is completely possible) that certain Euclidean theorems (and the parallel postulate) can be denied without landing us in contradiction.  Requiring a contradiction, however, is the hallmark only of the denial of analytic truths.  Why, then, can't Kant simply say to Lobachevsky, "Yes, you're right: Euclidean geometry is not analytic.  But I never said that it was!  The reason I wrote the Aesthetic in the first place was to account for their being true necessarily without being true analytically.  All you have done is to rigourously prove my contention that geometry does not present us with an analytic doctrine."?

Secondly, I sometimes hear it objected that Kant overlooks the possibility of non-Euclidean forms of intuition (a possibility supported, it is claimed, by the non-contradictoriness of Lobachevskian geometry), which is supposed to somehow threaten the Transcendental Aesthetic.  But I don't see that the purported consequence follows.  Kant never claims that he is presenting the forms of intuition for anything other than humans, and Kant's treatment of space will be true of humans if of anything.  I seem to remember, in fact, him somewhere saying that a radically different being could be possessed of forms of intuition other than space and time, and he is certainly emphatic that there might well exist an intelligence possessed of intellectual intuition, which would thus not be affected with appearances and a fortiori not possess a means of organising them (i.e. a form of intuition like space or time).  So, I don't see how on either account Kant's doctrine can be impugned by appeal to the authority of Lobachevsky.

Thoughts on Belief and Desire

Beliefs are not to cognition as desires are to appetition, or at least they aren't obviously so.

Firstly, beliefs seem generally to take propositions or the like as their accusatives (I believe that p), whereas desires needn't always or for the most part do so.  I can, for example, be said desire a building, person, or meal in a way I can't sensibly believe a building, person, or meal; try saying so, and I end up with a different sense of belief, one where I trust the testimony or say-so of my object.  An illustration of this difference would be that, for many desires, one can sensibly ask, "How much does what you desire weigh?" whereas for no beliefs (excepting the special testimony-involving sense just mentioned) would the corresponding question "How much does what you believe weigh?" make any sense.  This might be a merely linguistic point, but I'm inclined to think otherwise.

I just saw this old meme at Siris, who in turn saw it at DarwinCatholic.
Grab the nearest book.

Open it to page 161.
Find the fifth full sentence.
Post the text of the sentence along with these instructions.
Don't search around looking for the coolest book you can find. Do what's actually next to you.
Leibniz: Political Writings: But, even if all evil was reserved for the future, does not everyone know that human prudence has only the future as its object?

In his celebrated article ‘Good and Evil,’ P. T. Geach argues that the adjectives good and evil or bad are ‘logically attributive,’ meaning (roughly) that in predications of the form ‘a is a good/bad B’ the sense of ‘good/bad’ depends upon what common noun or noun-phrase fills the role of B.  For example, ‘good’ has different senses in ‘a is a good wicket,’ ‘a is a good argument’ and ‘a is a good typist,’ and these differences in sense arise from the differences between wickets, arguments, and typists.

Email ThisBlogThis!Share to TwitterShare to FacebookShare to Pinterest
Labels: Geach, Good and Evil

Aquinas on Absolute and Relative Foreigners

[W]e understand the Greek word for non-Greek to mean something foreign, and we can call human beings foreigners either absolutely or in relation to someone.  Those who lack reason, by which we define human beings, seem absolutely foreign to the human race, and so we call those who lack reason foreigners in an absolute sense.  They lack reason either because they happen to live in a climate so intemperate that it causes them to be dim-witted, or because there is an evil custom in certain lands whereby human beings are rendered irrational brutish, as it were.  And it clearly comes from the power of reason that reasonable laws govern human beings, and that human beings are practiced in the art of writing.  And so the fact that human beings do not establish laws, or establish unreasonable laws, and the fact that some peoples have no literary practices are signs that appropriately manifest barbarism.
Read more »
Posted by Leo at 8:21 AM 6 comments 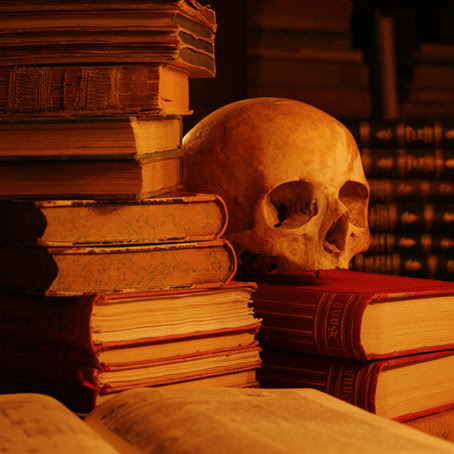 for Bill Vallicella!  It has now been seven years since he began Maverick Philosopher, and I earnestly hope that he'll continue a great deal longer.  I have ever found Dr. Vallicella polite without being overeager, stern without being rude, profound without being vague, technical without being narrow, absurdly well-read without being snobbish, egalitarian without being indiscriminately welcome, a superb stylist without overworking himself (or at least appearing to), and a sharp wit to boot.  He's also never missed a day blogging (!), so let's all be grateful to him for that.

I (fairly) recently read his A Paradigm Theory of Existence  and a couple of his professional articles (Brentano on existence and his defense of the PSR), which book and articles I strongly recommend to all both of my readers.  To celebrate, I will tonight enjoy his Catholic Philosophical Quarterly article defending occasionalism, upon which expect to see commentary shortly.

To sum up:  thanks for the blog, Dr. Vallicella, and keep up the brilliant work!
Posted by Leo at 4:45 AM 0 comments

Email ThisBlogThis!Share to TwitterShare to FacebookShare to Pinterest
Labels: Blogging

But Thou Didst Not Leave...

Email ThisBlogThis!Share to TwitterShare to FacebookShare to Pinterest
Labels: Handel

Email ThisBlogThis!Share to TwitterShare to FacebookShare to Pinterest
Labels: Handel

The Good and the Bad

Bad: I have several papers and paper-revisions due the end of this week upon which I could not work during the three hours spent watching Magnolia.

Good: I just learned that I got a good grade on an old paper, which means one fewer paper to revise.

Bad: I also have a bunch of reading for tomorrow, meaning yet less time to write.

Good: Half of my reading is from Aristotle's De Anima.
Bad: I have to type up a focus statement on the De Anima, as well.
Good: My professor says I get to use St. Thomas' commentary in writing said focus statement.
All in all: things are good, if hectic.
Sorry for the dearth of posts of late: much to do for school recently.  I'll be back to regular posts in a couple of weeks.
Posted by Leo at 10:01 PM 0 comments